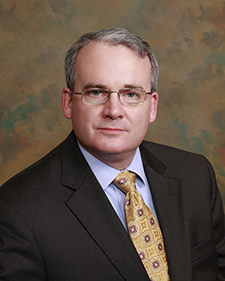 Now in his 50s, Christopher Schinstock is widely regarded today as one of the top divorce lawyers in the metropolitan Washington region. Well-liked and respected by peers and rivals from his arrival in the region in the mid-90s, Schinstock owns a reputation as a diligent and thorough lawyer with strong litigation skills, something of a lost art in this age of confrontation-averse lawyering. Moreover, unlike many lawyers today, he’s comfortable with complex legal issues, and articulates them clearly.

The youngest of three sons of a U.S. Army Lieutenant Colonel, Schinstock grew up “a classic Army brat” who was born in Heidelberg, Germany, but was raised primarily in Southern Arizona. He followed a brother to VMI “without even having laid eyes on” the Lexington, Va., campus. He describes four years there as “very challenging, both physically and mentally,” but he excelled at the 1300-student Institute and, with a degree in History and English, he went straight on to Washington & Lee Law School.

In his final year at W&L Law, Schinstock clerked for the U.S. Attorney’s Office in Roanoke, Virginia. As he was “third year practice certified,” Schinstock was fortunate enough to try motions and litigate actual jury trials while clerking there. This experience shaped his desire to become a trial attorney.

After law school, Schinstock immediately worked with former Commonwealth’s Attorney, Hal St. Clair, a respected litigator in rural Alleghany County, Virginia. He spent nearly three years practicing criminal and civil litigation with St. Clair, who was, according to Schinstock, “a gentleman” and “a great mentor.” One summer day in 1995, James Cottrell, a well-known Northern Virginia divorce lawyer and himself a VMI graduate, drove down Interstate 81 and offered Schinstock a position with his firm, known for handling complex and high-stakes cases. In June 2016 Schinstock, after 20 years with the Cottrell firm, launched his own practice.

Schinstock says he was drawn to matrimonial law “because coupled with criminal defense litigation it’s arguably the purest form of litigation practice today.”

Even for a litigator, Schinstock keeps a furious pace: He’s in Northern Virginia courts two to three days a week, and goes to trial with more than 20 cases each year, a very large number for any lawyer today. In many respects Schinstock has continued his pace and focus: He still handles tricky equitable distribution and international custody and relocation cases, among others, and he is often brought in as second counsel in unresolved cases. He adds: “People don’t come to me with easy or low-stakes matters.” Today, Schinstock and his wife Beth live in Annandale with their three children, who are the “focus of our lives.”